Seapower Ltd. are currently leading a SEAI-funded 1:4 scale project which will see the platform (at its current development level) undergo performance testing as well as extreme survival tests in operational sea trials for the first time. This project will see the deployment of a 1:4 scale demonstrator platform, moored in 1:4 conditions at the Smartbay Test Site in Galway Bay, Ireland. Seapower engineers have designed this WEC broadly to DNV standards and guidelines and the design has come through a rigorous Third Party Evaluation process. At the time of writing the WEC construction has been completed by Foynes Engineering to the highest quality, and is currently involved in a wet shakedown.  Phase 2 of this project will involve testing and installing a demonstrator PTO unit composed of gearing coupled to an electrical generator on the hinge of the platform. Data from this testing will feed into the design of the full scale WEC and full scale PTO. 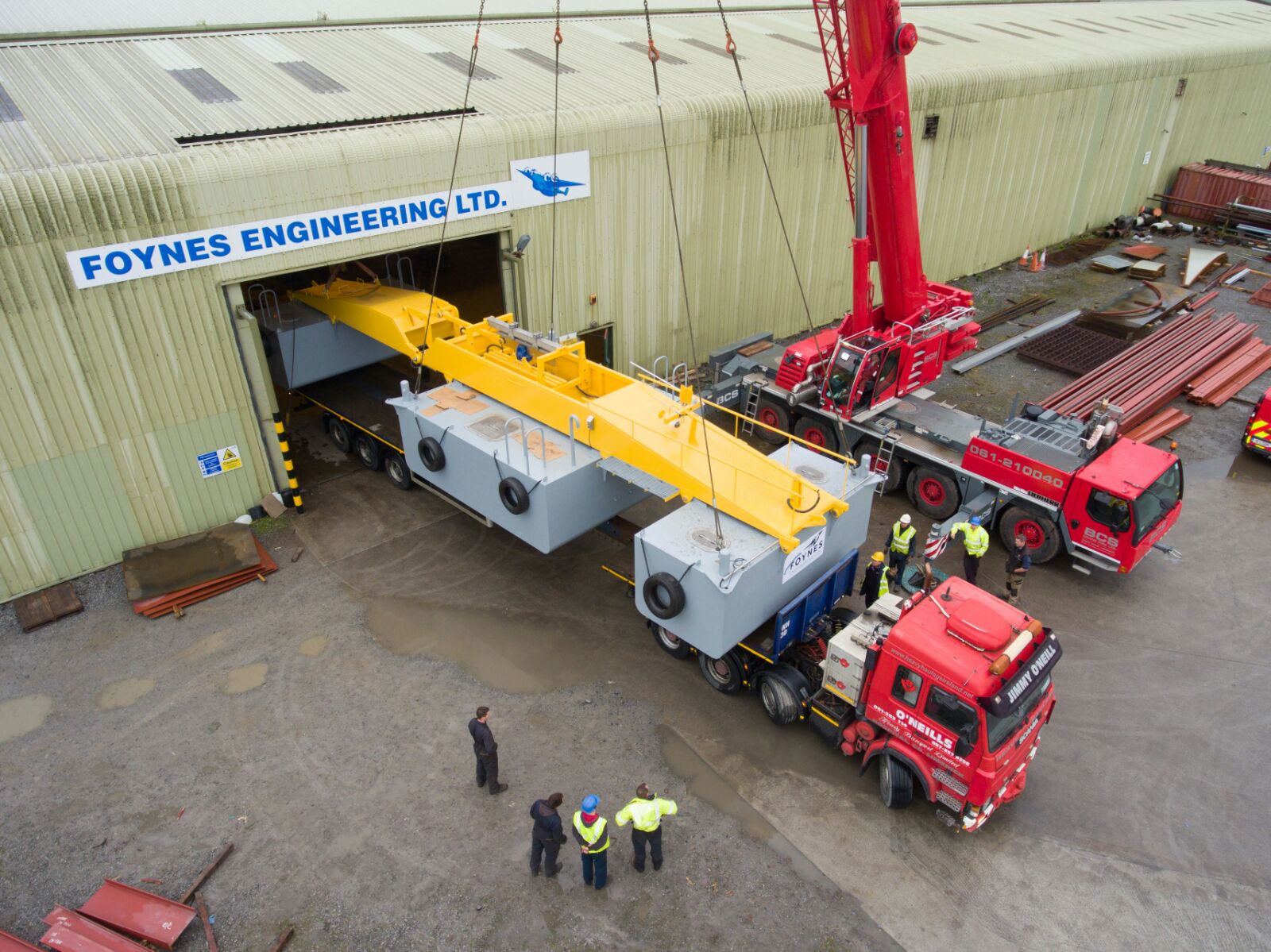 Seapower Ltd. also have a supporting role in the WES-funded ACER project, which is currently testing novel configurations of the floating platform’s pontoon shapes at 1/25th model scale. A novel WEC damping strategy is also being developed.  DNV/GL will be involved in numerical analysis of the emerging candidate. An expert structural and concrete team from ARUP have been subcontracted to develop a robust CapEx model for the full scale WEC based on the best pontoon shapes.

Seapower Ltd. also have a supporting role in the WES-funded PTO project, along with partners Limerick Wave Ltd., and wind turbine gearbox designers Romax Technologies. This exciting feasibility and techno-economic study has almost been complete and target outcomes achieved for Stage 1. Seapower will endeavour to remain within this long term project to develop the PTO further. The next phase will consider tank testing with a model of the Seapower Platform with representative PTO options installed on board, along with considerably more bench testing of the geared PTO transmission options.

Sea power and Limerick Wave Ltd. will be in receipt of funding to develop a pre-commercial  1:4 scale demonstrator unit at Smartbay test site in Galway Bay.  The Seapower Platform will measure mechanical power at the site in phase 1 and convert this mechanical power to electrical power in phase 2.

The Sustainable Energy Authority of Ireland (SEAI) is Ireland’s national energy authority with a mission to play a leading role in the transformation of Ireland to a society based on sustainable energy structures, technologies and practices, and a vision of making Ireland a recognised global leader in sustainable energy. This encompasses environmentally and economically sustainable production, supply and use of energy, in support of Government policy, across all sectors of the economy. Its remit relates mainly to improving energy efficiency, advancing the development and competitive deployment of renewable sources of energy and combined heat and power, and reducing the environmental impact of energy production and use, particularly in respect of greenhouse gas emissions. SEAI is partly financed by Ireland’s EU Structural Funds Programme cofounded by the Irish Government and the European Union

Thanks to MACSI (Mathematics Applications Consortium for Science and Industry), in particular Dr. William Lee and his students of University of Limerick for carrying out analysis and modelling of the PTO.

Sea power Ltd are testing their prototype Seapower Platform at the wave basin at Queens University in Portaferry. Monochromatic and panchromatic waves are produced and excellent power has been measured:

May 2014. Seapower and Limerick Wave entered a partnership to share knowledge & expertise. The Limerick Wave PTO unit will be developed in conjunction with the Seapower Platform. This will advance the direct drive power take off option for the Seapower device. Enterprise Ireland has awarded innovation vouchers to MACSI in the University of Limerick to develop mathematical models of both the Limerick Wave PTO module and Seapower WEC combined into a single Matlab model.

A shape optimisation study just completed in February 2014 indicates that the Power Curve can be increased by changing the pontoon and hinge configurations. Seapower will use the Marinet tank testing program to validate these numerical results.

Set out in the Irish Offshore Renewable Energy Development Plan launched by Irish Minister for Energy Pat Rabbitte, includes a feed-in tariff of €260 per megawatt-hour
http://renews.biz/60168/dublin-sweetens-ocean-waters/

Seapower has just complete the assembly of the PTO bench test rig which was grant-aided by the SEAI.

November 2011.   Sea Power Ltd is finalising a development and validation program on its design concept for a wave energy converter – The Sea Power Platform. Physical and numerical modelling of our test model, along with extensive in-house tank testing and testing in Strathclyde University, have produced significant results.  The Power Curve and Power Matrix generated significantly exceed other known devices.

The design process for the next Advanced Development Model is underway and work will commence on this in the New Year.